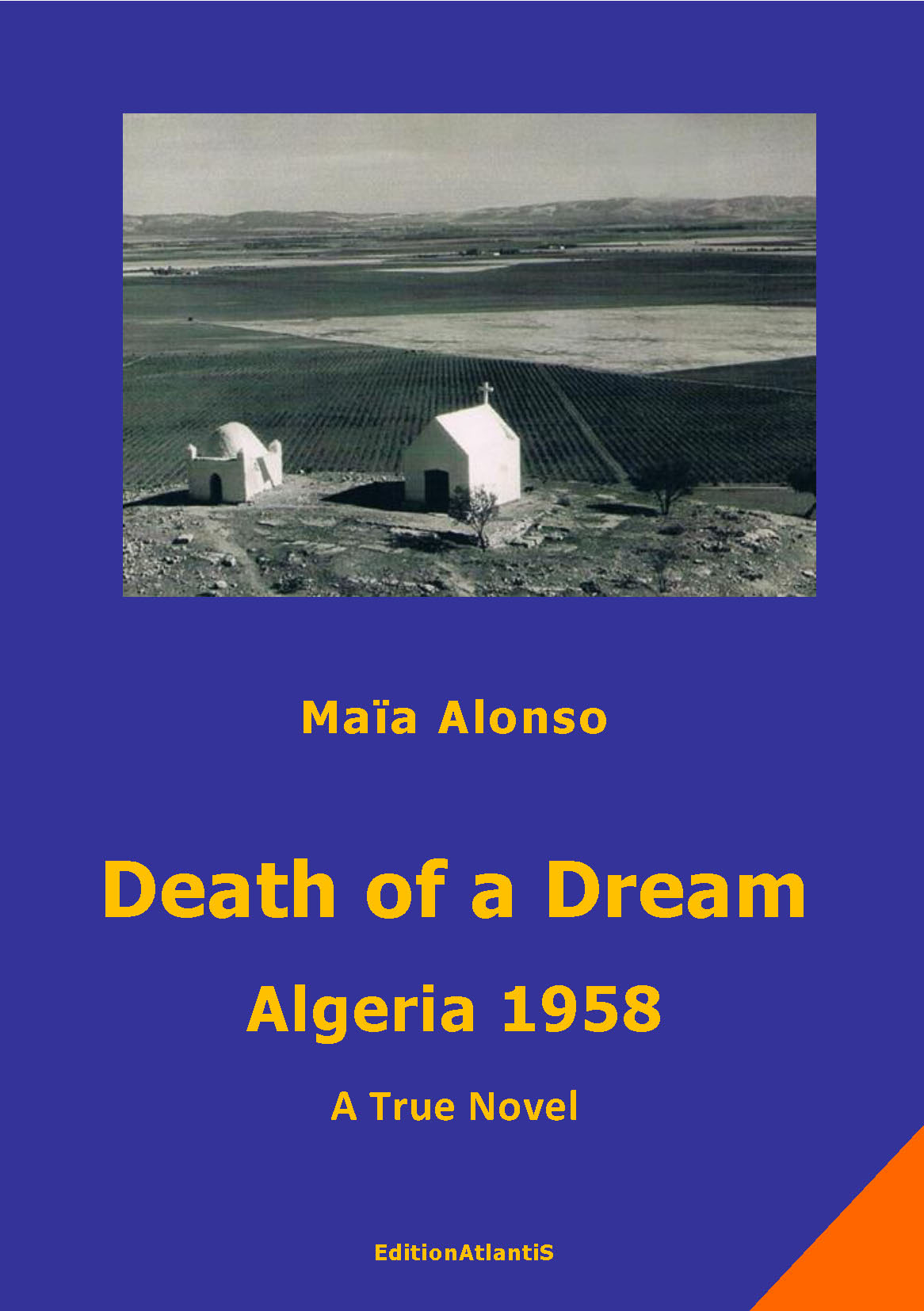 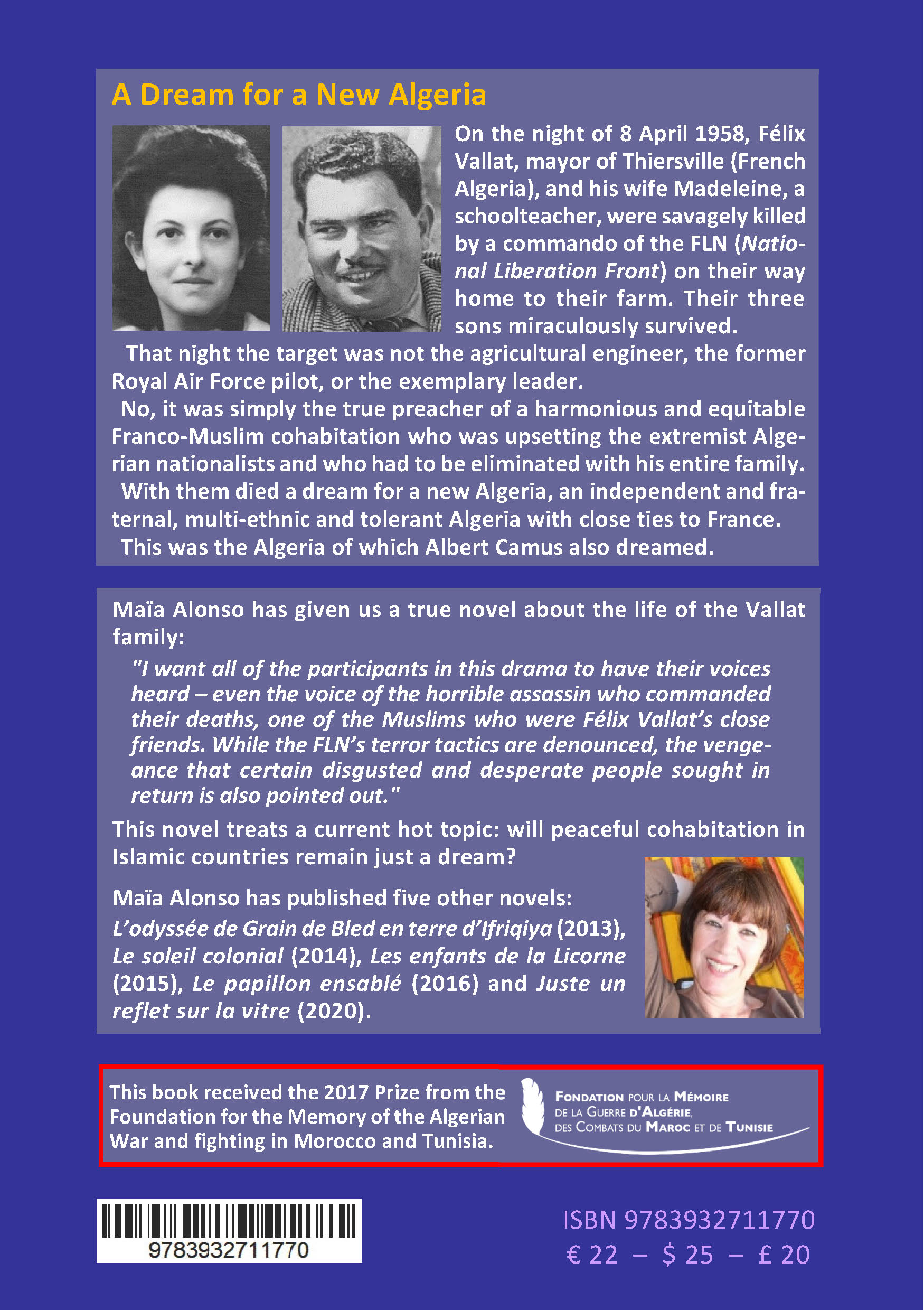 A Dream for a New Algeria

On the night of 8 April 1958, Félix Vallat, mayor of Thiersville (French Algeria), and his wife Madeleine, a schoolteacher, were savagely killed by a commando of the FLN (National Liberation Front) on their way home to their farm. Their three sons miraculously survived.

That night the target was not the agricultural engineer, the former Royal Air Force pilot, or the exemplary leader.

No, it was simply the true preacher of a harmonious and equitable Franco-Muslim cohabitation who was upsetting the extremist Algerian nationalists and who had to be eliminated with his entire family.

With them died a dream for a new Algeria, an independent and fraternal, multi-ethnic and tolerant Algeria with close ties to France.

This was the Algeria of which Albert Camus also dreamed.

Maïa Alonso has given us a true novel about the life of the Vallat family:

"I want all of the participants in this drama to have their voices heard – even the voice of the horrible assassin who commanded their deaths, one of the Muslims who were Félix Vallat’s close friends. While the FLN’s terror tactics are denounced, the vengea­nce that certain disgusted and desperate people sought in return is also pointed out."

This book received the 2017 Prize from the Foundation for the Memory of the Algerian War and fighting in Morocco and Tunisia (Fondation pour la Mémoire de la Guerre d’Algérie, des combats du Maroc et de Tunisie).

Some portions were originally drafted by students in French to English Translation at the University of Queensland (Australia).